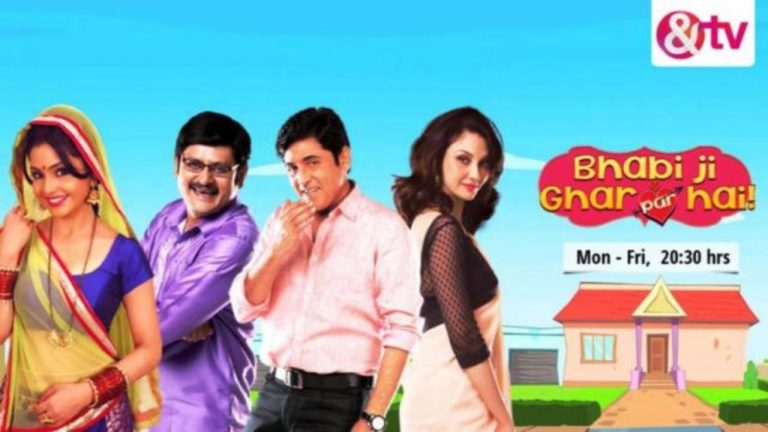 The show was produced by Binaifer Kohli Sanjay Kohli. The plot revolved around the Mishras and the Tiwaris, who are neighbours. The story line is that both the husbands are attracted to the other’s wife and the sitcom shows us a journey of their hilariously unsuccessful attempts to woo each other’s wife. The show takes inspiration from the hit 1994 show Shrimaan Shrimati. 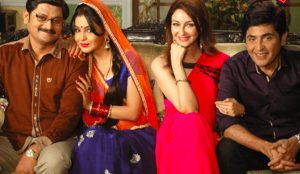 Bhabiji Ghar Par Hain! Or also known as Bhabiji is a situational comedy series, the show is written by Manoj Santoshi Raghuvir Shekhawat. The screen play is by Sanjay Kohli and Shashank Bali.
Shashank Bali has also directed this comedy show, his first major directorial work was with the sitcom FIR, he has also worked on Lapataganj. The story is by Manoj Santoshi.

The series is produced by Binaifer Kohli and Sanjay Kohli and backed by the production company Edit II Productions. The show is in Hindi. It usually runs anywhere between 20 to 22 minutes. The opening theme song is named after the show itself” Bhabi Ji Ghar Par Hain!”. The serial is shot at a location in Naigaon, a neighbourhood of Virar-Vasai in Maharashtra.

The show airs on &TV which is owned by ZEE Entertainment Enterprises, the show is also present on zee5.com. 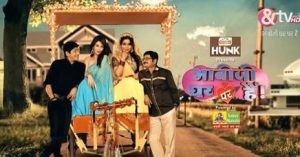 The show is based in a fictional colony in the city of Kanpur, the story looks at the lives of two couples who are neighbours, the Mishras and the Tiwaris. Manmohan Tiwari happens to run a profitable business selling undergarments and his wife Angoori Tiwari is portrayed as a naïve home maker. Angoori Tiwari is currently unemployed but once was a mediocre insurance agent, he has taken on the responsibility of the home maker in his family. His wife Anita Mishra is the sole earner in the family and is a strong and bold character who is annoyed by her husband’s unemployment.

Vibhuti Mishra and Manmohan Tiwari who are the husbands seem unsatisfied and bored in their own respective marriages, fall for each other’s wives. The two men try to woo and impress their neighbours to no success and create sticky situations for everyone involved. 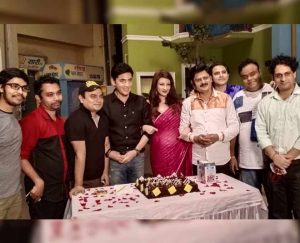 Back in 2016 actress Shilpa Shinde who was playing the role of Angoori Manmohan left the show and several negative claims against the show producer and her treatment while on the show. She stated that she was asked to leave the show and was owed money. The reps of the show denied and replaced the actress with Shubhangi Atre Poorey.

Shinde claimed Tandon her fellow actress was treated better than her. The producers allegedly demanded 12 cores from Shinde as breach of contract when she stared working for another show but Shilpa said that there was contract tampering.

After almost a year since this incident began in 2017 Shinde flied an FIR against Sanjay Kohli alleging harassment. Later the producers made a case against her for defamation.

Bhabiji Ghar Par Hain! Has done exceptionally well in terms of critical acclaim and TRP. The show’s ratings were better than Bigg Boss which happens at the same time slot.

The show often has famous celebrities make cameos on certain episodes to promote a movie or some project such as Ranveer Singh, Akshay Kumar, Varun Dhawan and many more stars.

The show was originally planned out to be an adult comedy show focused on male viewers. It was full of innuendos and double meanings. But as the show has been running it has attracted a younger viewership as well hence, they have had to tweak the show to make it a little more family friendly.

In 2017 there was buzz surrounding a show called “Love Thy Neighbour” British and Anglo-Spanish audiences, produced by ZEE Studios inspired from Bhabiji. 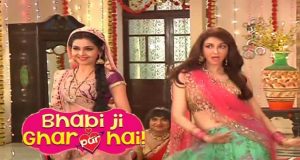