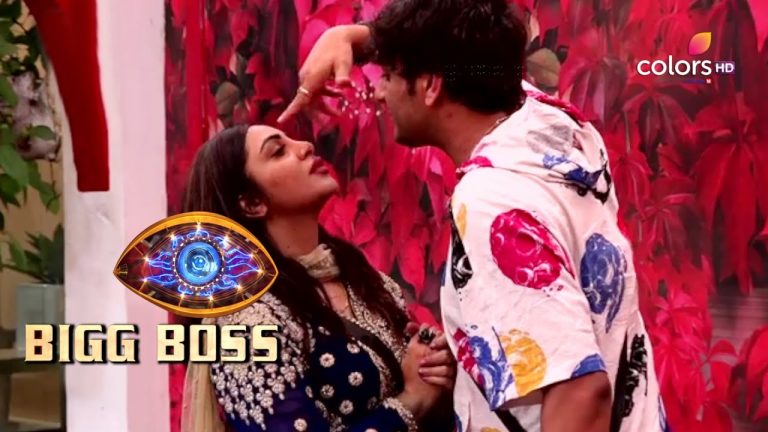 BB14 : This is really a high key weekend. Another Bigg Boss 14 promo veils up . Aly Goni and Nikki Tamboli, and Vikas Gupta and Arshi Khan are seen scratching each other’s head .

. Twist equations are all set to be launched on Sunday’s Bigg Boss 14 Weekend Ka Var inside the house, and fans will also witness a major fight between Arshi Khan and Vikas Gupta.

The clip video for Sunday’s episode opens with the contestants lined up in the garden area and reading placards they have made. Nikki Tamboli  says, “Down with Aly Goni, bid him goodbye.” Aly, on the other hand, says, “Now truth shall win, shut your mouth Nikki. Now you wait and watch, I will make your life hell.”

SHEHNAAZ ON THE SHOW

Shehnaaz Gill will make an astonishing appearance, as a guest and will conduct  a task for the housemates. The contestants were asked  to label the person who is the least entertaining on the show. Nikki pointed Arshi but Shehnaaz  supported her calling her “interesting,” On the other hand, Arshi said Vikas lacked entertainment quotient.

Later, after the lights were switched off, Arshi went up to the captain’s room and woke Vikas up. He charged towards her the moment he got up and yelled, “ You are torturing me so much.” Vikas also twisted her hands and threw water on her during the tussle.

It seems like Vikas is being too harsh on his part, by assaulting Arshi . Was his act justified? Do let us know. For more updates stay tuned!