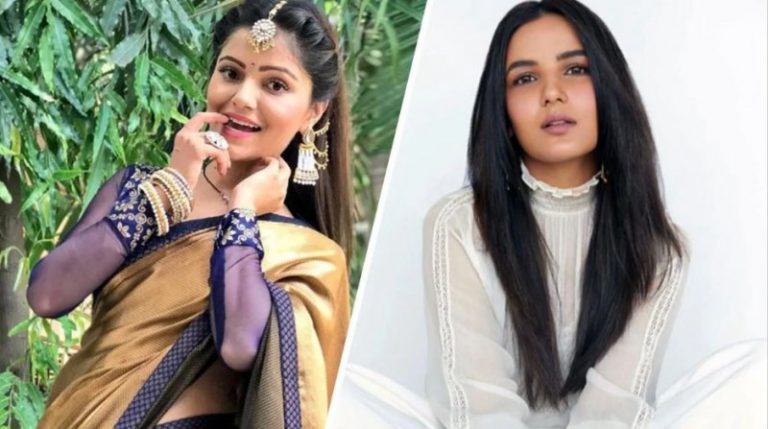 A stroke of ecstasy was clearly visible in the Bigg Boss house with the onset of the festive season. It was visible that the Christmas miracle did happen and all the members were filled with joy. But it seems that the night went to talk. Again clouds of argumentative fights and quarrels have returned and are circling around the house. Yes it’s Rubina v/s Jasmin again.

Once again Jasmine and Rubina landed in an ugly fight . Arguments are initiated as follows, Jasmin Bhasin gives a gift of dropping the fake face to Rubina Diliak, which was given to the former previously .After receiving it Rubina throws it away. Next up, Rubina gives a dumbell for the weak contestant to Jasmin, to which she gets angry and in a fit of anger says, “Day 1 se pati ke sahare pe hai. aayi badi mujhe bolne.”

Every one seems to have returned on their original track with a single ambition in mind that is how to  overpower others to win the show. In this highly competitive ambience Aly is still trying to regulator the temperature of the house by adding  his punches of humour.

ALY – THE SPARK OF JOY

Aly sparks joy when he is given a ring and asked to give it to someone to whom he wants to tell his “dil ki baat”. Everyone expects him to give it to Jasmin, but astonishingly , he does so for Rahul Vaidya , leaving everyone in laughter.