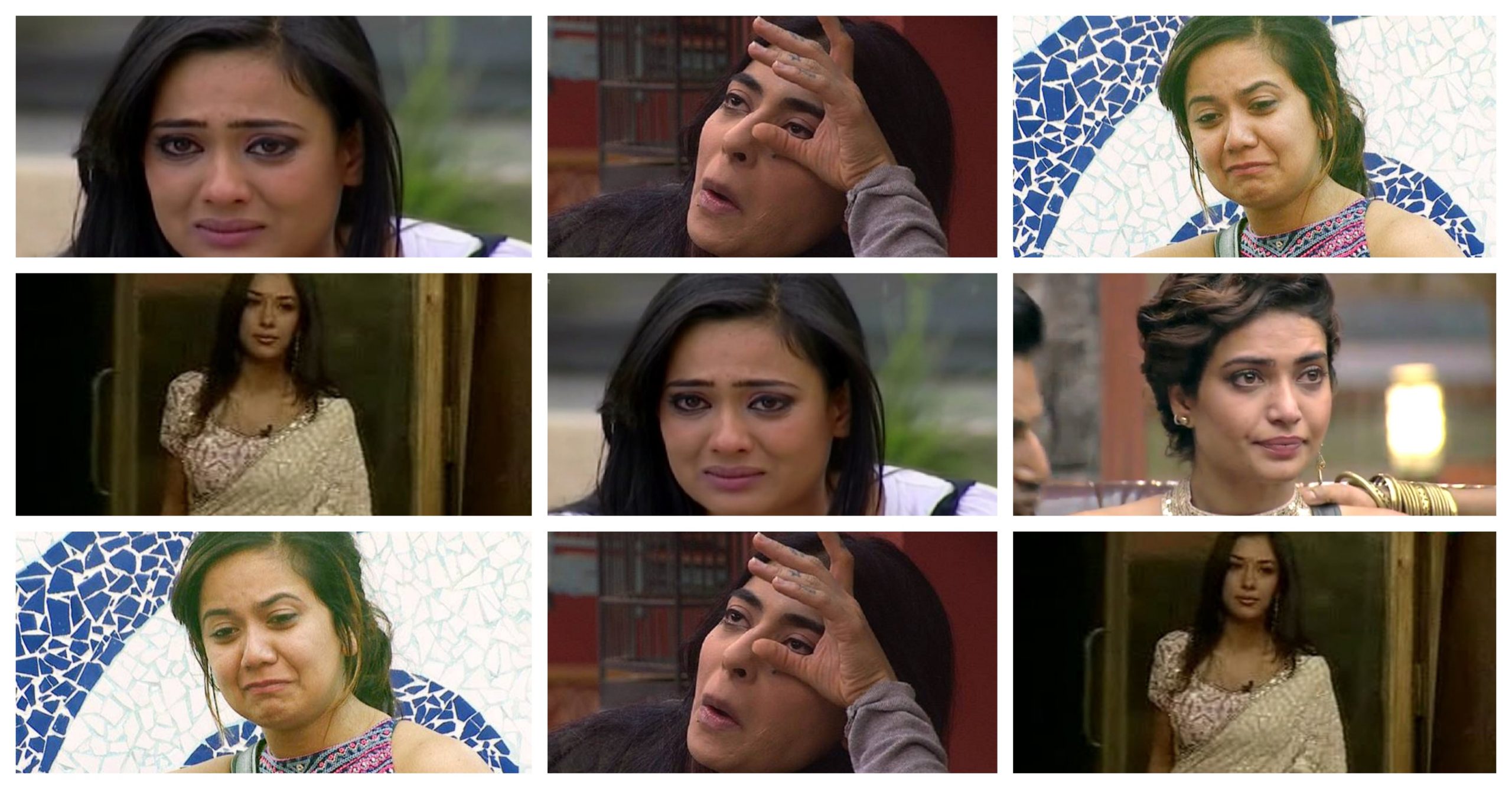 Jasmin is one of the notorious cry babies on the show .She took up this character as soon as she entered the 14th season of Bigg Boss. She becomes hyperactive over the smallest things. A teary-eyed Jasmin is always pacified by her friends.Breaking down is not a rocket science for her . Come what may , she is one of the most entertaining elements in the house.

Whenever we will talk about BB moaners ,Arti Singh’s name will be embedded in golden letters. Arti was a part of the 13 season and  broke down on several occasions. The most famous incident was when she was called former contestant Sidharth Shukla’s fixed deposit. She was also seen in tears when she met her brother Krushna Abhishek in a family weekend episode.

According to bollywood spectators season 12 was the most boring season in the history of bigg boss. Deepika Kakar, winner of season 12,. However, the “Sasural Simar Ka” actress converted this controversial reality show into a  “saas-bahu” saga and was always ready to shed tears for some or the other reason.

Juhi utilized her tears to turn the tide in her favor and she passed with flying colors in her attempt as she took home the shimmering trofee of bigg boss season 5 . She added the crisp of her tears in her fights as well be it her fights with Amar Upadhayay or during her  husband Sachin Shroff’s visit in the show, the actress found a reason to cry under almost any given circumstance.

This was a glimpse at some of the cry babies. Whom do you think is the squawker? let us know your insights.

A social butterfly, creative and vibrant who possess the calibre to portray her thoughts innovatively on trending topics by crafting the web of words. She can be reached at shagunmalik1331@gmail.com