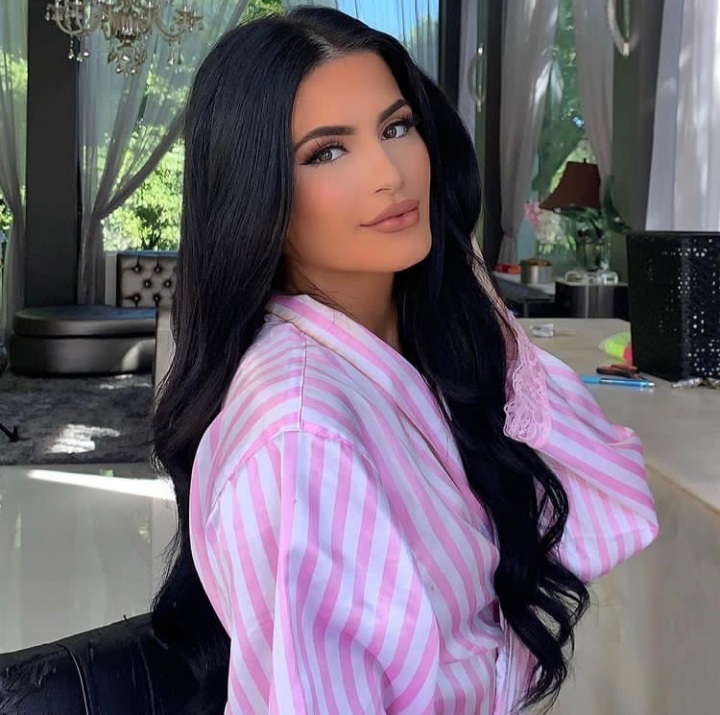 Ava Tortorici was born on 26 July 2000 in New Jersey, United States. She is the only child of her parents and belongs to an Italian-American family.

She is attending Montclair State University and to commence the medical degree in Science and Biology. Currently, she is a student and along with her studies, she does modelling as well.

She is born in an Italian-American family. Her mother name is Mary St.Pierre and her father Mel Tortorici. She doesn’t have any siblings.

Ava is single and not dating anyone currently. In past days, rumours flew that she was linked with a few NFL players and a reality show star but it seems that she is very confidential about her dating and love life.

Ava says that she is looking for kindness and a sense of humour in someone she dates. As of now, she is focused on her studies and working hard to achieve success.

Ava Tortorici is a popular social media star and winner of a beauty pageant as Miss NJ Teen USA 2019. In just 20 years of her life, she has achieved more than what people experience in their entire life.

She started her modelling career when she was 6 years old. In her teenage, she became the Miss New Jersey Teen USA Queen which was a milestone for her. She became popular after this achievement and got a huge fan following on social media.

She is a part of content house which has around 1,000,000 followers. She was also a part of TikTok collective “Not a content House” founded by Madi Monroe which includes some other popular influencers too. Ava is well-known for her modelling photos and engaging content with her followers on social media.

She has a charming personality that engages her audience and remains accessible to her fans. She is very kind, this quality is mostly loved by her fans and although she has already seen a lot of success. She is not arrogant at all which makes her lovable.

Ava Tortorici earns thousands of dollars every month as she is a beauty pageant and a popular social media star.

Ava is well known for her social media content. She has more than 247K followers on Instagram (as of July 2021) and about 6.36K followers on youtube.

Some Facts about Ava