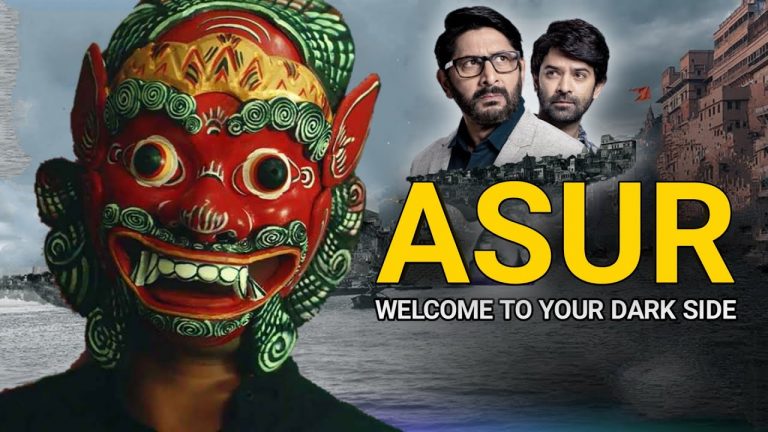 Voot Select Original’s Asur: Welcome to your dark side premiered in March 2020 with the release of its first episode on 2nd March 2020. With this series, Arshad Warsi made his first debut in the world of streaming platforms as he was seen as one of the main protagonists of the series. The series revolves around the concept of serial killing and is based on American Anthology crime drama “True Detective”. The series has the user rating of 8.4 out of 10 by IMDb and got a gift hamper of positive reviews and appreciations. The series is said to be extraordinary in its own way which shows the weighty sum of the Hindu mythology and Criminalistics.

The first season had 8 episodes and was directed by Oni Sen and written by Gaurav Shukla, Niren Bhatt, Abhijeet Khuman, and Pranay Patwardhan. Following the dharma, and why the killer has to be what he has become and how do the dots of art of killing people is associated with mythology and disjunction of good and the evil, which concludes the hypothesis, “Evil is human, Evil is nature”, Asur shows everything with a mixture of suspense.

The plot is set in the other-worldly kind of city of Varanasi, Uttar Pradesh shows how a former forensic expert Nikhil Nair, who later turns into a teacher goes back to his origin point at the CBI, jointly with his previous head Dhananjay Rajput, gets trapped into the series of a game being played by the killer where they try catching him and he escapes anyway as he is not an easy catch.

Massively impressed by the series and top-notch acting skills of Arshad Warsi, viewers are looking forward to the next following season of this mysterious thriller based series. The news has been airing regarding the returning of the series with a new season and Arshad Warsi will be seen again if the show is renewed as he has already expressed his wish to work again. Moreover, the year 2021 may be the year of Asur 2 as far as the news heard is correct but there is indeed a high possibility of season2 to be arriving.

The first season of Asur consisted of the following actors:

Season 2 might consist some of the characters seen in season 1 that would be depending on the storyline, the main protagonists may remain the same.

Let us wait for season 2 to arrive and see if it is back with the same energy and enthusiasm and make us sit for long hours or not.