Anupam Kher (Born 7 March 1955, Shimla) is an Indian actor, director, producer and teacher. As testimony to his character, he received Padma Shri in 2004 and Padma Bhushan in 2016. He was the former chairman of Film and television institute of India. He has done more than 500 movies in Hindi language and also featured in Hollywood movies and series. For his versatile acting, he received two National film awards and Eight film fare awards. He is the Alumnus of National school of drama, New Delhi and later he served as the chairman of National school of drama. He is the only Indian actor, who worked with Robert De Niro.

Anupam Kher was born in a Kashmiri Pandit family in Shimla. His father, was in forest department and his mother, was a housewife. He completed his schooling from D.A.V school Shimla. Later he joined National school of drama. Once Kher mentioned in Kapil Sharma show that at young age he had stammering problem.

Kher gained fame with his performance in ‘Ram Lakhan’ and ‘Daddy’ by Mahesh Bhatt. He received National film award for ‘Daddy.’ In 1989, Kher starrred in ‘Nagina’, ‘Parinda’ and ‘Chaalbaaz.’ All the three movies gave good response and recognition to Anupam Kher for his acting.

In 1990, Kher starred in ‘Dil’ alongside with Aamir Khan and Madhuri Dixit. Dil received positive review by critics and his performance was well praised. In next year 1991, he again collaborated with Aamir Khan in ‘beta’, It was the best performer movies on box office in that year

Kher next film adventure was with Yash chopra’s ‘Dar'(1993). One of the top grossing Hindi movie of the year. Kher’s Some other Grestest success are ‘Hum aapke haim koun’ (1994) starred alongside with Salman Khan and Madhuri Dixit and ‘Dilwale Dulhania le Jayenge’, starring alongside Shah Rukh khan and Kajol.

In 1998, he worked again with Shah Rukh Khan in Karan Johar’s romance ‘Kuch kuch hota hai’,Another blockbuster for successs in kher’s career. Also he starred in ‘Hum apke dil mein rehta hain’ and ‘Haseen mann Jayegi.’ Both the films were blockbusters and highest grossing films in 1991.

Some of the best of Anupam kher

Some books written by Anupam Kher:

Anupam Kher married to kirron Kher. Kher is also known for his ardent support to BJP and actively speaks for Kashmiri Pandits. he is considered very close to Anil Kapoor.

Kher is very active on twitter and continuously raise voice for Kashmiri Pandits. He was also involved in verbal spat with actor Naseeruddin Shah.

My Name is shivam shukla (Sherry) and I live in Jabalpur. I'm currently pursuing my Masters in literature. I'm working here as intern. 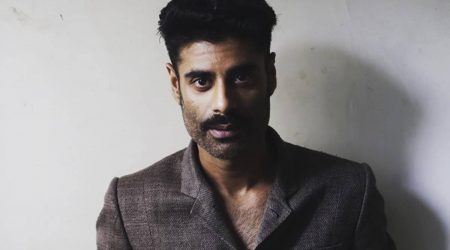