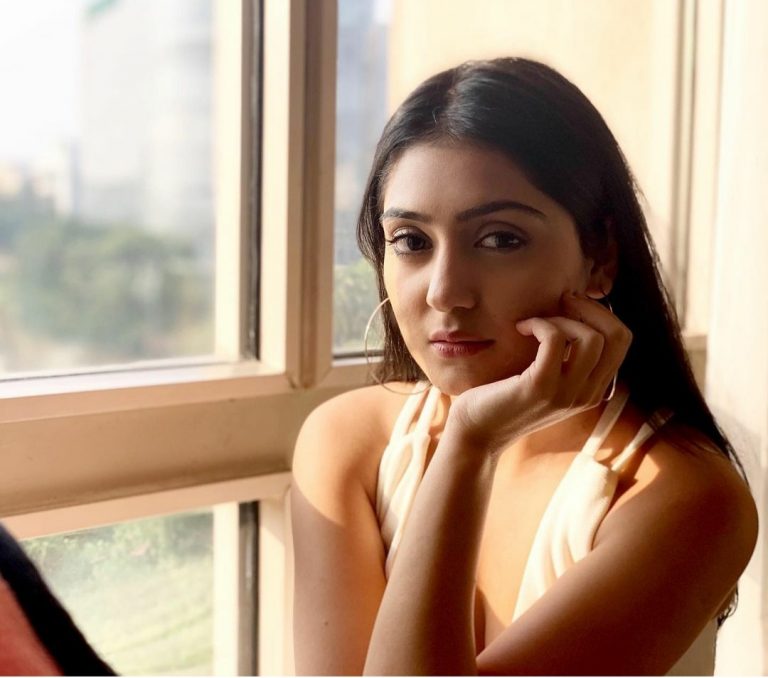 Anjali Tatrari is an Indian television actress who hails from Pithoragarh, Uttarakhand. She is the fame of Sony TV’s series “Mere Dad Ki Dulhan”. She has appeared in advertisements, web series and music videos but got recognised a lot for her role as Niya Sharma for the aforementioned serial.

This article will talk about Anjali Tatrari’s biography, her career, her family and much more.

Anjali is an actress by profession. She is from a beautiful city Pithoragarh and came to Mumbai for her career.

Anjali has a stunning personality and she is extremely pretty.

Anjali was born to her mother (Mona Tatrari) and father (not known) on 22 July, 1996 in Pithoragarh, Uttarakhand. Her father is no more. Currently, she lives in Mumbai with her mother. Not much is known about her family yet but it will be updated soon.

Anjali did her schooling from Don Bosco Public School, Uttarakhand. Then, she moved to Mumbai and did her high schooling from Gyan Kendra Higher Secondary School, Mumbai.

Nothing is known about her dating and love life at the moment due to Anjali’s secretive nature but it will be updated soon.

In 2017, Anjali started her career in fashion blogging. Since then she has been working in advertisements for brands like Muthoot Gold and Eva Deodorants. In 2018, she did a small role in the Ranveer Singh and Sara Ali Khan starrer “Simmba”. She also appeared in the music video “Jallad” by the famous musician Emiway Bantai in 2019. She has also appeared in Kalki Koechlin starrer Zee5 Original web series “Bhram” as Ayesha Sayyed. She got her big break on Sony TV series “Mere Dad Ki Dulhan” starring renowned actors Shweta Tiwari and Varun Badola, whose daughter’s role is played by Anjali as Niya Sharma. The show started in 2019 and went off air in 2020. She got lots of love from the audience for the same. She is currently working on the Sony TV series “Sargam ki Saadhe saatii” started in 2021.

Anjali’s net worth is estimated around Rs. 45 Lakh.