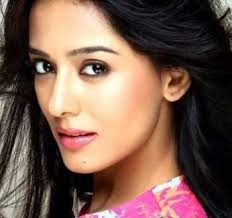 Amrita Rao is an Indian actress and model known for her role Poonam in the movie Vivah and Sanjana in Main hoon na.

Amrita Rao was born in a Brahmin family. Her father, Deepak Rao, runs an Advertising Agency in Mumbai, and her mother, Kanchan Rao.

Her sister Preetika is also an Actress.

In 2016 she got married to her Long term Boyfriend Anmol Sood. Anmol is Radio Jockey professionally.

Amrita Rao began her artistic career as a Model with her Sister, Preetika Rao. She has modeled for several fashion Shows and got her First TV break in Fairever Face Cream. Later, She appeared for various Commercials, for instance, Close-up, Godrej No. 1, Fena Detergent Jolen Creme Bleach, Wrigley Chewing Gum, Anne French, etc.

In the same year, she debuted in the Bollywood movie named “Ab ke Baras” with Arya Babbar.

Amrita worked in several Movies, including Main Hoon Na, Welcome to Sajjanpur, The Legend of Bhagat Singh, Ishq Vishq, Masti, and many more.

She was recognized in Industry by playing the Character of Poonam in the movie Vivah.

In 2007, she entered Telugu Cinema with the movie named “Athidhi.”

During “Pyare Mohan” movie Shoot Esha Deol and Amrita came into a fight. In an Interview, Esha said that “Yes, I slapped Amrita. One day after pack-up, she abused me in front of my director, Indra Kumar and my cameraman and I thought that was totally out of line. To protect my self-respect and dignity, in the heat of the moment, I slapped her. I have no regrets because she totally deserved it for her behavior towards me at that point in time. I just stood up for myself and my dignity.”

In 2007, Ranbir Kapoor and Amrita Arora came into Conflict When She denied working with Ranbir in Yash Raj Films as they both had to kiss each other on-screen.

The next time Amrita came into Controversy when She Criticized Wikipedia in a tweet for noting wrong information about her.

Famous painter MF Hussain chose her as the second Inspiration for his Paintings after Madhuri Dixit.

Amrita ,was named after her Grandfather “Amrit Rao” who was a freedom Fighter.

Her grandfather and Guru Dutt were second cousins, so She is related to the Guru Dutt family.

During her Teenage, She had a massive Crush on Indian cricketer Nayan Mongia.

She is commonly known as “Girl Next door” in Bollywood.

In 2010, she received the offer of Chandraprakash Dwivedi’s film, “The Legend of Kunal,” also starring Amitabh Bachchan and Tabu. However, the film did not released.

She also worked with Neil Nitin Mukesh in a movie which was also not released.

Amrita has offered the role of Salman’s Sister, which She denied due to its negative character. Additionally, She does not want to perform the part of Sister.