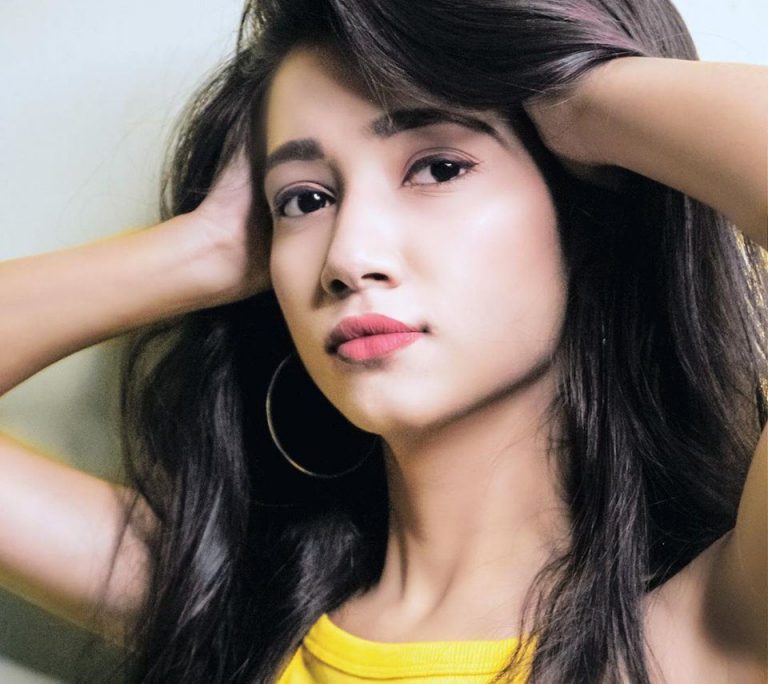 Amrita Khanal is a Tik-Tok and YouTube Star. She is famous for her Lip-Sync on Tik-Tok videos. She’s been the sensatation ever since she started her tik-tok career. She got big fan base on her Tik-tok, and other social medias like YouTube and Instagram. She’s well known for her acting skills, cute smile and attitude.

She’s a 18 years old young talent who also got called by “Earth Entertainment” YouTube channel who offered her to dance after the video of dancing of her and Rahul Ghildiyal got the fame.

Amrita Khanal is a Delhi born girl who always wanted to start her career in acting. In the very young age she started her YouTube channel in 2018. She got famous when her dance video got 16 millions views, after that and after joining tik-tok she reached the heights she claimed for. Though, her dream of being an actress is still just started she is very motivated and consistent towards it.

Being so young, her parents have always been supportive towards her goal and always helps her in achieving her dream to become the best actress.

Amrita Khanal and Rahul Ghildiyal started their own YouTube channel where they post a lot of dancing videos, lip-sync and many more. While being working together they fell in love and started dating. Since then, the two have been in limelight on all the social media and people started adoring them for being a very cute couple.

With the fact that she’s amazing, so is her earning. She have a income of around 1 million from all her YouTube and tik-tok content.