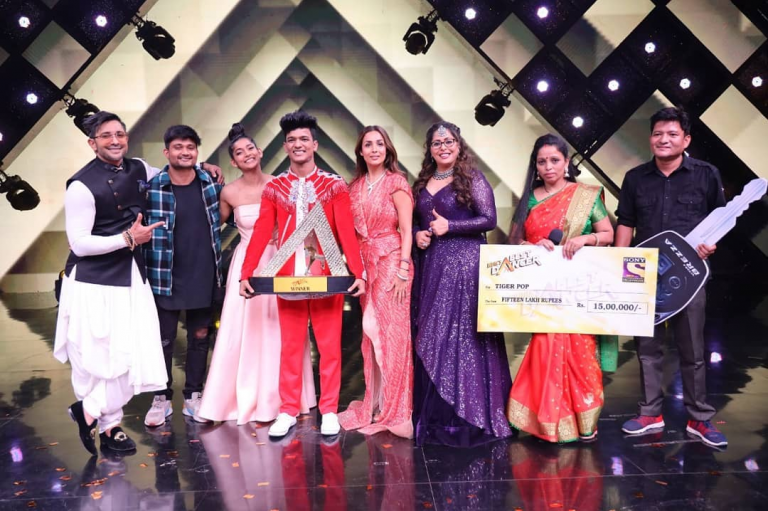 Who is Tiger Pop? Here’s all you need to know!!

Ajay Singh, A.K.A Ajay Tiger Pop is a young popping enthusiastic from Gurugram, Haryana. Ajay Singh was born on 10th October 1999 in Nepal on the border of Dodhara Village. Ajay Singh and his family moved to India when Ajay was a toddler. Since childhood, Ajay was extremely fascinated towards dance.

Before winning the show India’s Best Dancer, Ajay participated in many other dance reality shows. He first tried to get into Dance India Dance Lil Masters. After DID Lil Masters, he participated in Dance Plus season 3 (2017), a part of a dance trio, THE DANCERS. Ajay then decided to go solo. By 2020, he was in the process to polish his skills. In 2020, he gave audition for India’s Best Dancer season 1, and made a place for himself in top 12. But due to the pandemic lockdown, the show India’s Best Dancer halted for a while and he was restricted to a hotel in Mumbai. “I was losing hope, but the music kept me going,” said Ajay Singh.

On 22nd November 2020, the popular reality show, India’s Best Dancer season 1 announced their results. The show was successfully won by the young Tiger Pop from Gurugram, Haryana, Ajay Singh. He successfully took the trophy with himself along with the cash prize of 15 lakh and also, a swank Maruti Car. Ajay dedicated his success all to his mother. Vartika Jha , his mentor throughout the journey, also received a cheque of 5 lakh.

Ajay Singh is popularly known as The Tiger Pop, because of his amazing p moves. During his audition on the platform of India’s Best Dancer, he performed animation popping on very famous song Bekhayali from Kabir Singh. His first audition performance amazed everyone, for that he got a standing ovation from the judges.

Ajay Singh, the Tiger Pop, has graduated from Shaheed Bhagat Singh College, Delhi University. Apart from Dancing, he has a keen interest in photography and travelling. He knows Nepali along with English and Hindi. He is skilled in numerous dance styles such as robotics, popping, tutting, snake, waves, animation. Ajay Singh still wants to learn more, also, he is giving training to his students. Ajay Singh has started his own Dance schools, one in Gurugram, Haryana and other one is in Faridabad. Ajay Singh, the Tiger Pop loves to teach different dance forms to his students. Ajay Singh teach them various dance forms , such as robotics, popping, many more