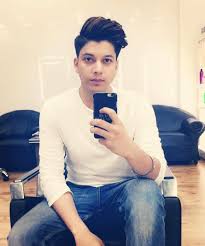 Who is Adhish Khanna?

Adhish Khanna, an actor by profession has got famous from his very debut in his career. Later, he is featured in many of the advertisements of Indian Television. He is quite famous on Instagram and has 67k and counting followers.

Graduated From: Indian Institute of Planning and Management (IIPM) in New Delhi, India.

Father’s Name: Not yet Known

He is unmarried but is said to be in relationship with another Actress & Model “Krissann Barretto” and both of them have been seen in many of their pics on their social media and even in some shows working together.

In the starting he got some of the Indian Tv Adverstisements but got opportunity to work in Serial 24 season1 starring Anil Kapoor as a Role of Veer Singh Rathod in the year 2013 telecasted on COLORS TV.

Later he got ads from Sprite & Nokia like Companies.

Later in 2014, he worked together with Krissann in “Pyar Tune Kya Kiya” on Zing TV.