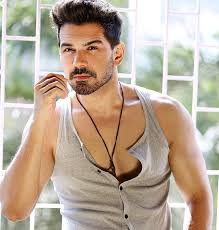 Abhinav’s journey has really been an adrenaline rush of emotions and a true roller coaster ride. From divorce revelation. This of Bigg Boss will conclude on February 21. The reality show hosted by Bollywood superstar Salman Khan is left with only six versatile contestants. Recently, family members and friends of these contestants entered the house to support them in the race to finale.

Among these contestants, only two contestants – Abhinav Shukla and Rubina Dilaik have been in the Bigg Boss house since day one. Others got evicted and re-entered the house. Therefore, we think either of them have strong chances of winning the season. He participated on the reality show with his wife, actress Rubina. While Abhinav was called a ‘boring’ contestant, Rubina was always considered a threat to the other contestants.

However, in an episode Rubina opened up about their struggling marriage during a task. She revealed that they were about to get divorced by November, 2020. The revelation brought the couple equal amount of love from Bigg Boss fans.

Then, wild card contestant Kavita Kaushik’s exit caused a major drama in the Bigg Boss house surrounding Abhinav. She voluntarily walked out of the reality show screaming ‘Tere pati ki sacchai tujhe pata nahi hain.’ Only to re-appear on a Weekend Ka Vaar episode to accuse Abhinav of sending her abusive messages, which Rubina was completely unaware of. This incident brought him instantly in limelight.

He made head-lines again recently, when he cried as Rakhi Sawant pulled the string of his shorts and bad-mouthed him. Abhinav had allowed Rakhi to do a healthy amount of flirting with him, but it got dirty. The viewers sided with Abhinav and bashed Rakhi.

Apart from these, after Abhinav and Rubina celebrated Karva chauth festival inside the Bigg Boss house, where Rubina observed fast and Abhinav gave her a handmade gift. The viewers began rooting for the two and brought them so ahead in the game.

However, as per the latest news Abhinav has been evicted from the show. There is going to be a mid-week eviction in this week, and Abhinav who is nominated will get eliminated. However, the episode is yet to air on TV.