Nikki tries to flitch her make-up brushes at night

Nikki takes a few makeup items for herself but Abhinav and Rubina stop her from doing so. They remind her that she inside because of medical reasons.Nikki opposes Rubinav. Abhi and Rubi ask Eijaz to deal with Nikki now. Verbal argument happens between Nikki and Abhi. Eijaz asks Nikki not collect make-up stuffs. Abhi comes to Jamsin’s group and asks them to call out Nikki. Jasmin, Aly and Rahul say to Abhi that they called Nikki inside. Abhi enters kitchen area, Jasmin and Aly stops him from making tea.

Rubina, Abhi and Eijaz don’t allow Nikki to come out from the bedroom area.Jasmin tries convincing Rubina about letting her go. Later on, Rubina, Jasmin, and Aly get into an argument over the same matter. Jasmin asks Abhinav the logic behind keeping Nikki inside. Rubina says that the latter could have politely asked them for the same. Finally, they let her outside after some time.

When Jasmin asked Rubina to let Nikki go, an angry Rubina said that Jasmine is “trying to demonise” the opposing team. “Tumko humko shaitan banana hi hai, demonise karna hi hai, continue doing that,” she added. Rubina later told Jasmin that her “sugar-coated” way of talking can also be considered a sign of being ill-mannered. Rubina called Jasmin “immature” for defending Nikki Tamboli. She also warned Jasmin not to talk about her behind her back. Jasmin too was furious and she told Rubina, “Play your clever games, like you always do, with someone else.” Jasmin, cryptically hinting at her and Rubina’s friendship, said, “it’s over.”

Rubina and Abhinav had a verbal spat

Abhi asks Rubi why she was talking to Rahul.He gets angry on Rubina.. Abhi alerts Rubina not to taunt Eijaz anymore because he apologized. Ahead, Rubina says she is disappointed with Jamsin. Jasmin come and asks Team Rubina if they need tea. Abhi and Pavitra ask for tea. Jamsin asks Rubina if she wants anything. Rubi says no. Abhi and Rubi argue post Abhi support Jasmin over Rubina. Argument continues in the house amid inmates. Rubina asks Abhi not to support Jamsin in front of her. 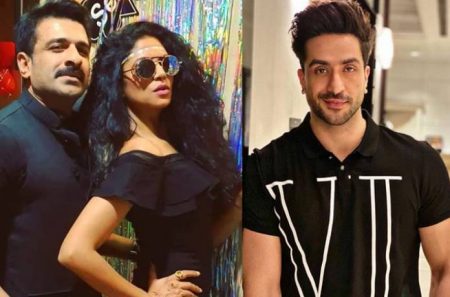 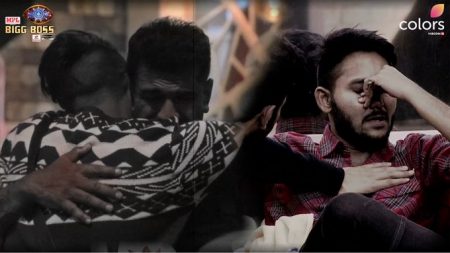 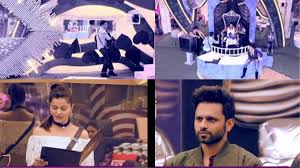