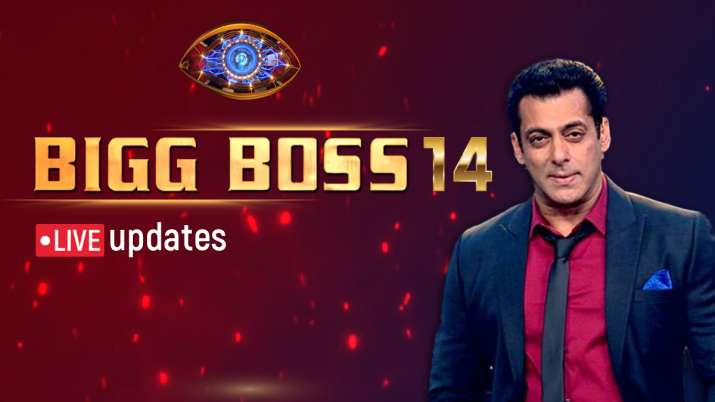 Rahul went down on his knees, took out a ring, turned to the camera and popped the question to Disha. He wore a T-shirt where he had written “Marry Me?” inside a heart drawn with a in lipstick and wished her a very happy birthday. Since then, Rahul has been dying to get an answer from Disha. And after waiting for 11 long days, Disha has finally sent her answer to Rahul’s marriage proposal.But Disha seems to be following every episode of Bigg Boss 14. And after watching the Weekend Ka Vaar episode, the actress has finally sent her response to Rahul’s proposal.
“Maine apna jawab bhej diya hai (I have sent my answer),” Disha tweeted. In her earlier tweet, Disha had expressed her thoughts saying, “Hey bhagwan!!” followed by a laugh out loud emoji and a picture of monkey which is closing its eyes with his own hands. However, she didn’t reveal whether it is a Yes from her side or a No.

Is Abhinav Shukla making Rubina Dilaik look weak and bad on the show?

Salman Khan feels that Abhinav is making Rubina look weak in the show by constantly supporting her. In Saturday’s Weekend Ka Vaar episode of Bigg Boss 14, Salman pulled Abhinav up for throwing Rubina into the bad light. Salman also says that Abhinav always makes his own image safe while his wife Rubina is made to look as the baddie. Rubina, too agreed to the fact that somewhere, her husband Abhinav, is making her look weak. It was a highly emotional moment for the couple as they realize the differences that are there between them. Rubina was even seen crying on the show.

They both had locked horns when Kavita had accused Aly of groupism. The accusation didn’t go down well with Aly who slammed Kavita for her prejudice. And since then the two have been at loggerheads with one another. We even got a glimpse of their fight on the Weekend Ka Vaar episode of Bigg Boss 14. Kavita even didn’t mince her words and called Aly a ‘small town gully ka gunda’ in front of Salman Khan. Kavita’s stereotypical remark against Aly didn’t go down well with netizens who have slammed the FIR actress for belittling people who hail from a small town.But her justification didn’t save her from the wrath laid down upon on her by the netizens. People showed no mercy while slamming Kavita and said that she deserves all the hate that she is receiving for her behaviour in the Bigg Boss 14 house.